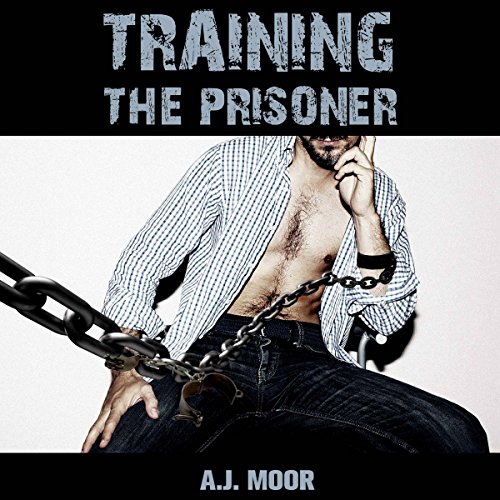 This male bondage romance novella by A.J. Moor is sure to please the male/male bondage and discipline lover in you!

While visiting a foreign country on business, Terry - an attractive, 19-year-old man - is captured by local authorities who plan to use him in the most horrific of ways. Soon he finds himself in an indescribable underworld of bondage, discipline, and torment he can't readily escape.

Terry first meets Mr. Herron shortly after his capture, and it's this man's job to put the young man through the rigors of harsh training to get him ready to face the hard labor, bondage, and physical punishments he'll soon have to endure.

Mr. Herron, however, has a soft spot for Terry, and decides to use his love for this new prisoner to grow a relationship of bondage and dominance with him. When the Mr. Herron's job goes even further, however, he must also show Terry just how to handle the Spartan and painful life of a prisoner, no matter his budding love for the man.

What is Terry's future as a prisoner?

Terry has a life of discipline to look forward to, not to mention all forms of seduction with his body. Though Terry would never admit he secretly likes this treatment, Mr. Herron ties his hands over his head to try to convince the young man to succumb to his fate, even as he falls further and further in love with his charge.

Yet although he finds some solace in his grueling new life, Terry, is determined not to submit to the whims of Mr. Herron. He cries out to any god who will listen for the courage to withstand the harsh realities of his new existence.

Will Terry finally succumb to Mr. Herron's bondage seduction and accept his fate as a new prisoner?

Find out in Training the Prisoner.