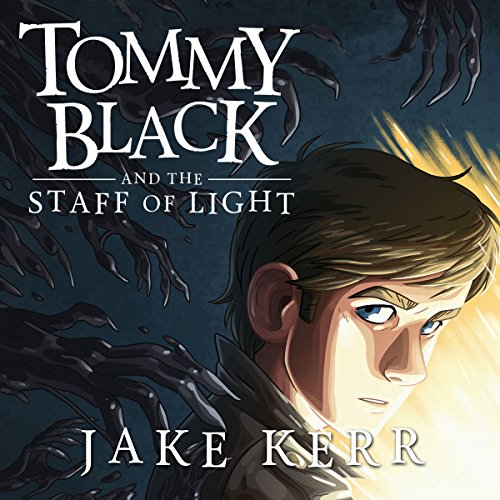 Tommy Black and the Staff of Light

With the world on the brink of World War Two, a young hero discovers his magical legacy.

New York. 1938. Living in the quiet apartment of his overprotective grandfather, 14-year-old Tommy Black knows little about a world on the brink of war. But when he and his grandfather are attacked by ominous shadow creatures on a Saturday afternoon walk, Tommy learns not just about the trouble in Europe, but that magic exists, his grandfather is a great archmage, and he is heir to his grandfather's magical staff - a staff he has no idea how to control.

With his grandfather captured, Tommy barely escapes with his family's magic staff. Desperately trying to figure out to use the staff, Tommy learns what he can as he and family friend Mister Ali fight golems, shadow creatures, magicians, and Djinn on their way to the world's center of magic - the great Citadel of London. But it's when escaping on an enchanted train that Tommy faces his biggest challenge: The beautiful and wild young magician Naomi, whose talent with magic is only rivaled by her ability to insult Tommy in creative ways.

With the world seemingly arrayed against him, can Tommy discover the secret of the Staff of Light in time to save his grandfather?

For fans of young heroes struggling to discover their role in a familiar yet mysterious new world, Tommy Black evokes Harry Potter and Percy Jackson only with the 20th century backdrop of a world hurtling toward World War Two.