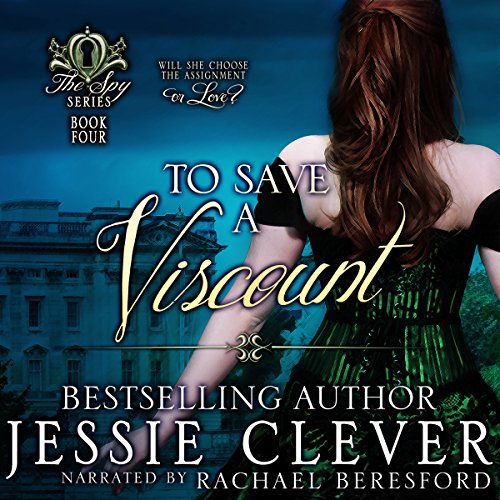 To Save a Viscount

To Save a Viscount

When an assassin threatens England's spy network, Lady Margaret Folton must find the killer before it's too late. Hardened from being forced to witness the murder of her British spy parents by French revolutionists, Margaret approaches this mission like any other, with steely determination and a resolute focus on the necessary outcome at the cost of all else.

Commodore John Lynwood, newly returned from the Mediterranean, finds himself granted the title of viscount in honor of his service during the war. Plagued with a string of good luck throughout his life, the title serves as another reminder that Jack has done nothing to earn the glory and prestige that comes with his position, and he'll be damned if he'll enjoy such an honor.

But when Jack is accidentally granted a title meant to be used as bait to lure the assassin into the War Office's trap, Margaret must face the tragedy of her past and decide which is more important: the assignment or love?