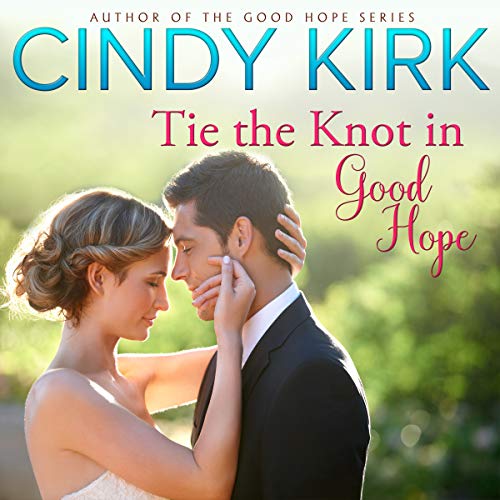 Tie the Knot in Good Hope

Lindsay Lohmeier's life is no bed of roses. After struggling at a job she loved but ultimately lost, she opened her own florist shop in Good Hope. Her budding business won't be her only new addition. Lindsay is pregnant. While she's happy to open her heart to her baby, opening up to the father is another story.

The last thing Owen Vaughn expected to hear was that he was going to be a father...again. He's been down this road before, and it ended in pain so devastating he thought he'd never heal. Still, he won't abandon his child or Lindsay, the woman who - before they broke up - had been a bright spot during his darkest days.

Owen proposes, but Lindsay wants her child to grow up in a family built on love, not obligation. As they spend time together preparing for the baby, old feelings resurface. Owen encourages Lindsay to find her own way, hoping she'll see this pregnancy has given them something special - a second chance at love.