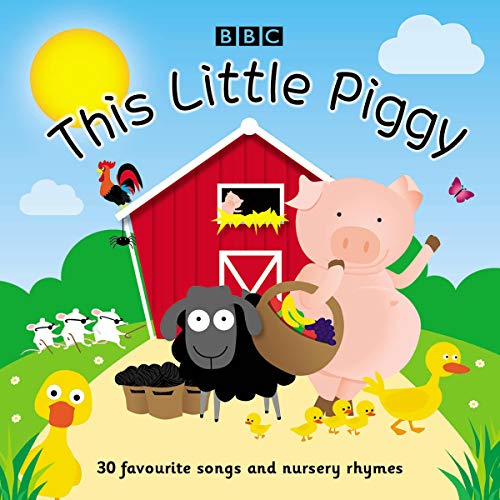 A collection of classic nursery rhymes and songs brought to you by the BBC.

Join in with over 40 minutes of fun with familiar favourite rhymes including This Little Piggy, Incy Wincy Spider and Baa Baa Black Sheep.

Pre-schoolers will love to sing, dance and learn with this traditional compilation of 30 cheerful songs. Head down to the farm with Old McDonald, count with One Potato Two Potato and discover the delightful joys of Hey Diddle Diddle with a CD that will soon become an essential soundtrack to those precious early years.