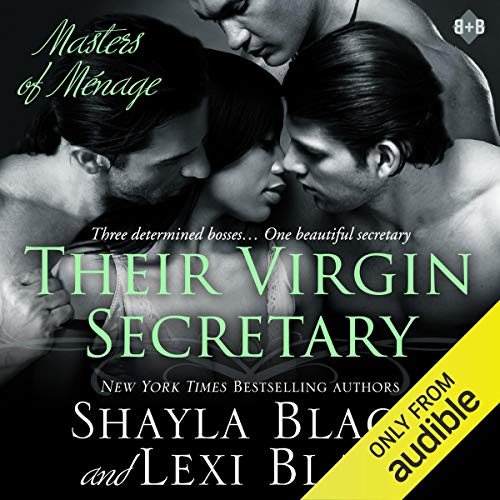 Three determined bosses: Tate Baxter, Eric Cohen, and Kellan Kent are partners for one of the most respected law practices in Chicago. But these three masters of the courtroom also share a partnership in the bedroom, fulfilling the darkest needs of their female submissives night after night. Everything was fine-until they hired Annabelle Wright as their administrative assistant.

One beautiful secretary: Belle felt sure she'd hit the jackpot with her job, but in the last year, the three gorgeous attorneys have become far more than her bosses. They're her friends, her protectors, and in Belle's dreams, they're her lovers, too. But she's given her heart to them all, so how can she choose just one?

An unforgettable night: When her bosses escort her to a wedding, drinks and dancing turn into foreplay and fantasy. Between heated kisses, Belle admits her innocence. Surprise becomes contention and tempers flare. Heartbroken and unwilling to drive them apart, Belle leaves the firm and flees to New Orleans. That leads to danger. Resolved to restore her late grandmother's home, she hopes she can move on without the men. Then Kellan, Tate, and Eric show up at her doorstep, seeking another chance. But something sinister is at work in the Crescent City and its sights are set on her. Before the trio can claim Annabelle for good, they just might have to save her life.

The story was as good as the others before however sadly the speaker changed and this one could decide how he wanted to intone the different male characters ... don’t think I would buy the next book with the same speaker