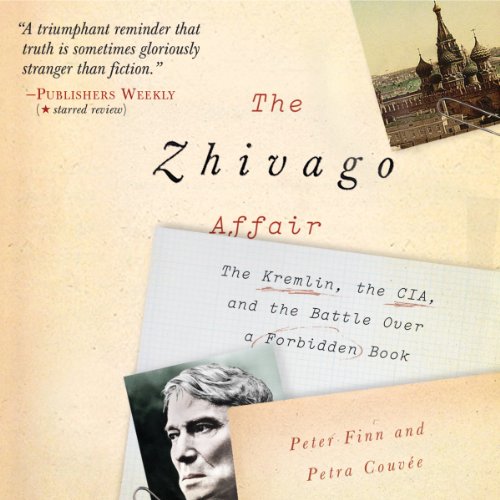 In May of 1956, an Italian publishing scout took a train to the Russian countryside to visit the country's most beloved poet, Boris Pasternak. He left concealing the original manuscript of Pasternak's much anticipated first novel, entrusted to him with these words from the author: "This is Doctor Zhivago. May it make its way around the world." Pasternak knew his novel would never be published in the Soviet Union, where the authorities regarded it as an assault on the 1917 Revolution, so he allowed it to be published in translation all over the world. But in 1958, the CIA, which recognized that the Cold War was above all an ideological battle, published Doctor Zhivago in Russian and smuggled it into the Soviet Union where it was snapped up on the black market and passed surreptitiously from friend to friend. Pasternak, whose funeral in 1960 was attended by thousands of fans who stayed for hours in defiance of the watching KGB, launched the great Soviet tradition of the writer-dissident. With sole access to otherwise classified CIA files, the authors give us an irresistible portrait of the charming and passionate Pasternak and a twisting Cold War thriller that takes us back to a time when literature had power to shape the world.