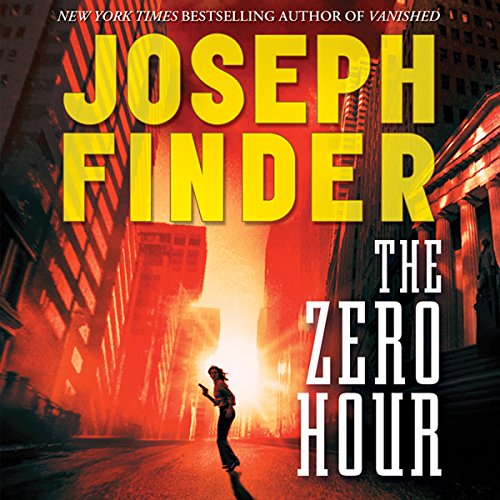 When an ominous, digitally encrypted telephone call is intercepted by the NSA's spy satellites high over Switzerland, FBI Special Agent Sarah Cahill - irreverent, outspoken, a brilliant counterterrorism expert, a divorced mother of an eight-year-old boy - is urgently summoned to New York to investigate an imminent terrorist attack on lower Manhattan. Her investigation immediately turns into the desperate pursuit of a highly sophisticated and charismatic terrorist operative, known only by the code name Zero.

Sarah must direct an intensive, absolutely secret manhunt for an exceptionally dangerous man whose identity she doesn't know - even though he knows her intimately. Suddenly, Sarah and her young son are plunged headlong into a terrifying labyrinth of intrigue, an elaborate game of cat and mouse that imperils their lives, forcing Sarah to race to uncover a diabolically clever terrorist conspiracy... before the zero hour.

The audio includes an excerpt from Vanished, the first Nick Heller novel.