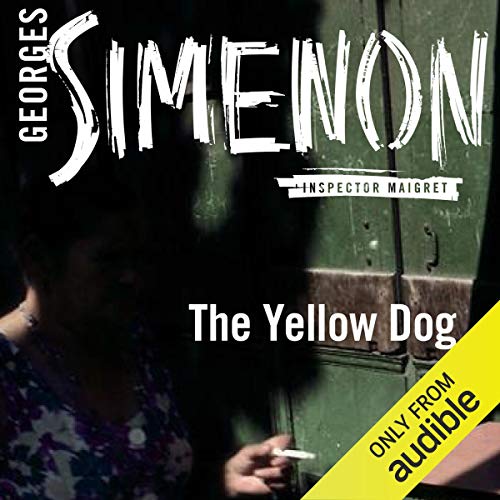 There was an exaggerated humility about her. Her cowed eyes, her way of gliding noiselessly about without bumping into things, of quivering nervously at the slightest word, were the very image of a scullery maid accustomed to hardship. And yet he sensed, beneath that image, glints of pride held firmly in check. She was anaemic. Her flat chest was not formed to rouse desire. Nevertheless, she was strangely appealing, perhaps because she seemed troubled, despondent, sickly.

In the windswept seaside town of Concarneau, a local wine merchant is shot. In fact, someone is out to kill all the influential men and the entire town is soon sent into a state of panic. For Maigret, the answers lie with the pale, downtrodden waitress Emma, and a strange yellow dog lurking in the shadows...

Linda Asher is a former fiction editor of the New Yorker and the award winning translator of many works from French including those of Milan Kundera.

“Compelling, remorseless, brilliant” (John Gray)
“One of the greatest writers of the twentieth century ... Simenon was unequalled at making us look inside, though the ability was masked by his brilliance at absorbing us obsessively in his stories” ( Guardian)
“A supreme writer ... unforgettable vividness” ( Independent)