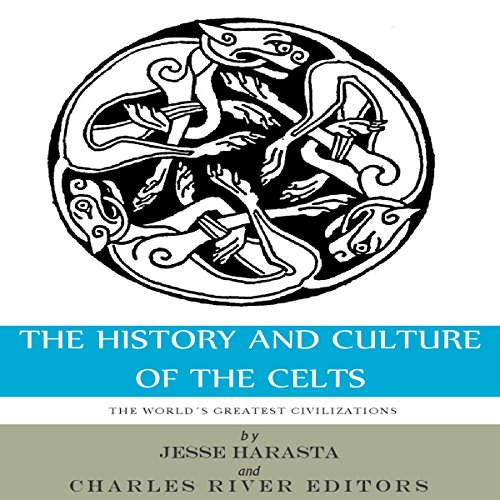 The World's Greatest Civilizations: The History and Culture of the Celts

This book explains the history, mythology, religion, and social structure of the Celts.

The Celts are one of the most well-known groups in Europe and one of the least understood. Depending on which classifications are used, the Celts are also one of the oldest civilizations in Europe. In the centuries before Christ, the Celts were spread out across much of continental Europe, and though they are mostly identified with Gaul, evidence suggests they also spread as far as Portugal.

Though they were spread out across Europe before the height of the Roman Empire, most people associate the Celts with the British Isles today, particularly Ireland and Scotland. After they had been relegated to those smaller regions as a result of the Romans and other migrations, the culture of the Celts as it is currently understood began to congeal during the Early Middle Ages, and Celtic culture, folklore, and legend have all become inextricably intertwined with Irish history and British history as a whole.

While much of the world associates the Celts with the British Isles and Ireland specifically, Celtic is typically used in the British Isles as a way to describe anything that is in contrast to the dominant "Saxon", "Anglo-Saxon", or "English" culture. It is impossible to separate these two: Celtic in this sense exists because it can be contrasted to English and vice versa. The "Celts" and "Celtic" things are viewed as more natural, emotional, irrational, tradition-bound, hot-headed, and feminine. The English are seen as more civilized, rational, forward-thinking, cool-headed, and masculine.

Das sagen andere Hörer zu The World's Greatest Civilizations: The History and Culture of the Celts