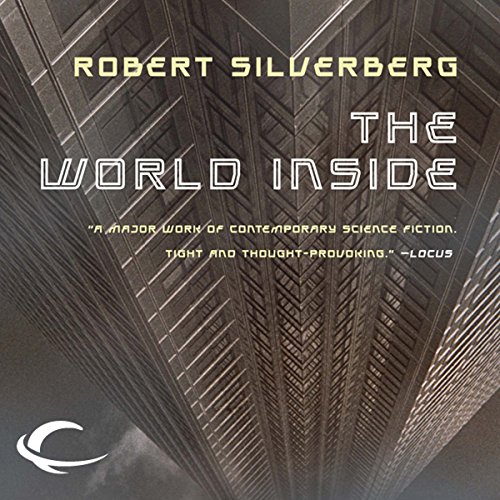 Welcome to Urban Monad 116. Reaching nearly two miles into the sky, the 1,000 stories of this building are home to over 800,000 people living in peace and harmony. In the year 2381 with a world population of over 75 billion souls, the massive Urbmon system is humanity’s salvation. Life in Urbmon 116 is highly regulated, life is cherished, and the culture of procreation is seen as the highest pinnacle of god’s plan. Conflict is abhorred, and any who disturb the peace face harsh punishment—even being sent “down the chute” to be recycled as fertilizer.

Jason Quevedo, a historian, searches records of the 20th century hoping to find the root of his discontent with the perfection of Urbmon life. Siegmund Kluver, a young and ambitious administrator, strives to reach the top levels of the Urbmon’s government and discovers the civilization’s dark truths. Michael Statler, a computer engineer, harbors a forbidden desire. He dreams of leaving the building—of walking in the open air and visiting the far-off sea. This is a dream he must keep secret. If anyone were to find out, he’d face the worst punishment imaginable. The World Inside is a fascinating exploration of society and what makes us human, told by a master of speculative fiction. The World Inside is a 1971 Hugo Award Nominee for Best Novella.