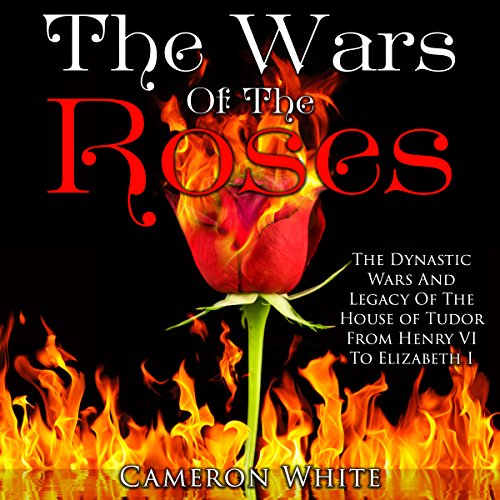 The Wars of the Roses

The Dynastic Wars and Legacy of the House of Tudor from Henry VI to Elizabeth I
Autor: Cameron White
Sprecher: Jennifer Howe
Spieldauer: 4 Std. und 5 Min.
Kategorien: Geschichte, Europa
3,0 out of 5 stars 3,0 (1 Bewertung)

The Wars of the Roses

Born from the blood soaked battlefields of the English countryside during the Wars of the Roses, the Tudor Dynasty begins with a sickly boy king and ends with a Virgin Queen. Over 200 years span the lifetime of one of history's most notorious royal families. From political intrigue to religious revolution, the Tudors stamped an indelible imprint on humanity that can be still seen today. Meet Henry VIII and his six wives, Bloody Mary, Good Queen Bess, and explore the fascinating world of the House of Tudor. Excesses and universities, religious and civil disobedience, madness and brilliance, exile and murder were all parts of lives of the members of the Tudor line.

Relive the history changing moments of the Tudor Dynasty beginning with the last king of the Lancastrian line, Henry VI, to the ushering in of the Golden Age under Elizabeth I. Follow the Tudor family as they defied convention time and again, spy on the powerful men and women at Court, and experience the unrest of the nation that embraced and rebuffed the Catholic Church. Escape the subterfuge and plotting of courtiers and explore the intellectual and architectural wonders patronized by the often nefarious family. Royal life may have been pampered, but the crown weighs heavier on some than others. Heartache, tragedy, arranged marriages, double dealings, war, and religious upheaval marked the lives of every member of the Tudor Dynasty. From warring houses to exploring the New World, the House of Tudor changed the world forever.

Das sagen andere Hörer zu The Wars of the Roses