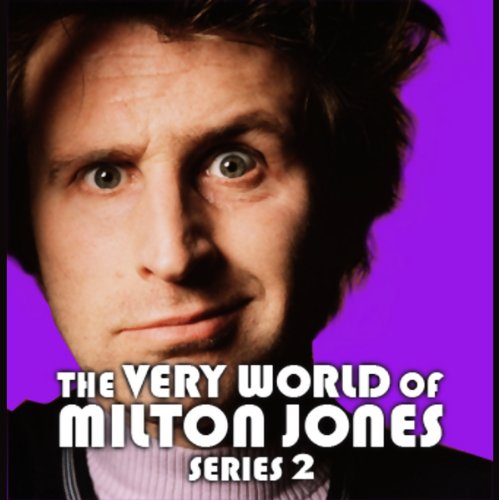 The Very World Of Milton Jones

In 1998, BBC Radio 4 found it had a new star on its hands. From the opening monologue ("You see when the boys in the playground found out that I had a potentially fatal allergy to peanuts, they used to shove me up against a wall and make me play Russian roulette with a bag of Revels") to the closing number ("Milton Jones, Milton Jones, so good they named him"), everything about the show was different, weird, and funny.

The first series was - unprecedentedly - moved from an 11.30 pm slot to the prestigious 6.30 pm Monday slot in mid-series, and won a British Comedy Award nomination. The second series starts transmitting in October.

We urge you to come and share the sound, the sight, the smell, (but not the taste) of the man they call "Britain's funniest Milton".