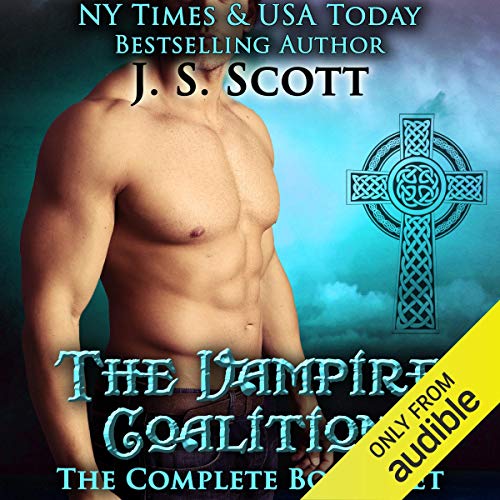 This complete boxed set of The Vampire Coalition includes: Ethan's Mate: Ethan Hale is a vampire with a mission. Together with his three brothers and a few other unmated members, he fights with The Vampire Coalition to protect humans from fallen vampires. His life is fairly simple. If he has a problem... he solves it. If it's an evil problem... he kills it. But his uncomplicated life is about to end when his mate unexpectedly calls him to her. Brianna Cole is weak, her life force fading away. She thinks she is suffering from a rare form of leukemia. Little does she know that her illness is much more complicated. She's dying because she has not united with her vampire mate and given him his soul that she has been guarding since birth.

Rory's Mate: Callie Marks never knew that when she had caught the bouquet at her best friend's wedding... she would also meet her destiny in the same place. Rory Hale was the nicest, sweetest man she had ever met. He was also the most unattainable. Gorgeous, rich, and smart, Rory would never be interested in her. He wouldn't go for a plump, boring woman that was a chef and suffered from the rejections of her past. Who wanted a foundling that had never even known who her parents were? Little did she know... he was very interested. Unfortunately, he was also a vampire who was ruled by destiny in the mating department. His mate would not be his choice. Rory Hale had liked Callie Marks since he had met her at his brother's wedding. Although he couldn't feel desire for anyone except his true mate, he and Callie had a connection. They became cautious friends and he wished he could offer her more. Underneath his confident exterior, Rory had his own insecurities, but Callie seemed to think he was special.