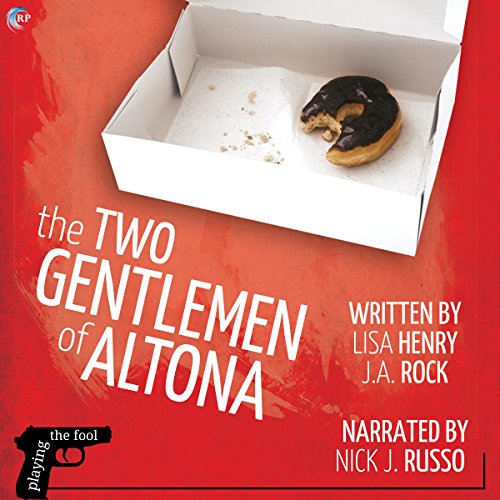 The Two Gentlemen of Altona

Special Agent Ryan "Mac" McGuinness is having a rough week. Not only is he on a new diet, but he's also been tasked with keeping Henry Page - the world's most irritating witness - alive. Which is tough when Mac's a breath away from killing the Shakespeare-quoting, ethically-challenged, egg-obsessed Henry himself. Unless killing isn't really what Mac wants to do to him.

Con man Henry Page prefers to keep his distance from the law... though he wouldn't mind getting a little closer to uptight, handsome Agent McGuinness. As the sole witness to a mob hit, Henry's a valuable asset to the FBI. But he's got his own agenda, and it doesn't involve testifying.

When evidence surfaces of a mole in the FBI office, Mac and Henry are forced to go into hiding. Holed up in a fishing cabin, they're surprised to discover that their feelings run more than skin deep. But as the mob closes in, Henry has to make his escape. And Mac has to decide how far he's willing to go to keep Henry by his side.