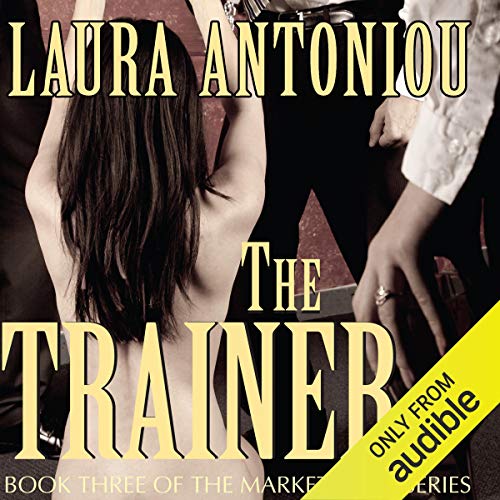 The Trainer: Book Three of the Marketplace Series

The Trainer: Book Three of the Marketplace Series

The third book in Laura Antoniou's The Marketplace series brings us into the house of Anderson, the Trainer of Trainers, where Chris Parker and a few clients are in residence. Michael LaGuardia loves being part of the Marketplace and loves the sex slaves he regularly trains. After a couple of years in California, though, Michael thinks he is ready for a step up, an apprenticeship with Anderson. He's wrong. Michael arrives at Anderson's Brooklyn brownstone with a chip on his shoulder and promptly trips over his own, oversized ego. There are some very important lessons Michael needs to learn, about humility, respect, and even sex. Fortunately for him, he's come to the one place where he'll get those lessons beaten into him (metaphorically, of course). Also includes the all-new bonus short story, "California Dreaming," a flashback to the grand West Coast parties that Michael's former mentor, Geoff Negel, used to throw.