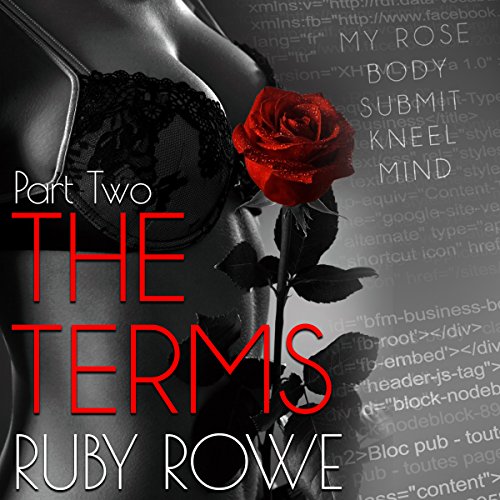 I longed to believe my bond with Ellis was impenetrable, but, in reality, I held secrets that could blow open the tightly woven seam of our newfound relationship. Would he understand how we were both victims in his brother's betrayal, or would he take his anger out on the one person still alive - me. Could the words my sister spoke about Liam's father be true? If so, how would Ellis and I recover from what was lost?

Christopher's jealousy was intensifying as a future with me became even less attainable. No, I belonged to one man only, and I was going to prove to Ellis that we could overcome the past and share an amazing future. I had two important roles in life: being a mother and a submissive, and I would fight to keep them both.

Once I left rehab, the thought of living alone during my recovery scared me, but being told I had to move in with Ellis's attractive cousin instead of going back to my apartment was terrifying. My sister, Camilla, ran a tight ship, but she wasn't nearly as intimidating as Greyson and the terms he laid out for me.

The reality that I was borrowing space amongst his superior existence didn't need to be spoken. For that reason, I was blindsided when his gaze began to undress me and his touch became more than a brush of the shoulder. Greyson Burke saw something in me I was struggling to see in myself, and that meant he held the power...it also meant I had to run.