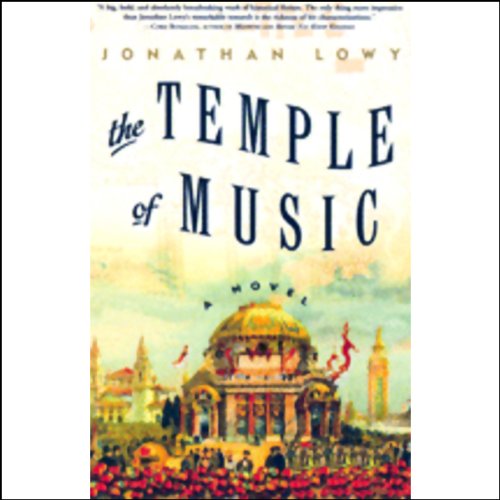 The Temple of Music

The Temple of Music

America is starkly divided between the haves and the have-nots. A Republican president seeks reelection in the afterglow of a war many view as unnecessary and imperialistic. He is bankrolled by millionaires, with every step of his career orchestrated by a political mastermind. Religious extremists crusade against the nation’s moral collapse. Terrorists plot the assassination of leaders around the world. And a lonely, disturbed revolutionary stalks the President....

It all happened. One hundred years ago. It all comes to life in The Temple of Music. A vivid, gripping historical novel of the Gilded Age, The Temple of Music re-creates the larger-than-life characters and tempestuous events that rocked turn-of-the-century America. From battlefields to political backrooms, from romance to murder, The Temple of Music tells the tales of robber barons, immigrants, yellow journalists, and anarchists, all centering on one of the most fascinating, mysterious, but little-explored events in American history: the assassination of President William McKinley by the disturbed anarchist Leon Czolgosz.

At the center of this tableau is William McKinley, the president, and Leon Czolgosz, his assassin. McKinley rises to the presidency almost by accident, floating on the money and political clout of Mark Hanna. Sober and unimaginative, McKinley’s personal life is marked by drama and tragedy, the unstable wife he loves, and enemies he cannot imagine - chief among them, Leon Czolgosz, a lonely immigrant and factory worker who plots the most spectacular protest in an age of spectacular protests - McKinley’s assassination at the 1901 Buffalo World’s Fair.

Sweeping in scope, The Temple of Music is a rare literary achievement that intertwines history and fiction into an indelible tapestry of America at the dawn of the 20th century.