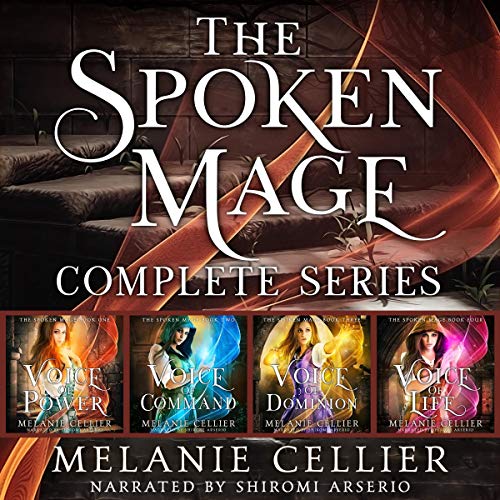 In Elena's world words have power over life and death - but none more so than hers.

As the daughter of shopkeepers, Elena has always known that the mysteries of reading and writing are closed to her. Only the mageborn can risk harnessing the power unleashed from putting pen to paper. Until Elena discovers an impossible new ability and joins the elite ranks of the mages.

But with the kingdom at war, the authorities can't agree if Elena is an asset, or a threat they need to eliminate. Thrust into the unknown world of the Royal Academy without friends or experience, Elena will need all of her wits, strength, and new power to carve a place for herself.

Except as the threats to both Elena and the kingdom mount, wits and strength won't be enough. Elena will have to turn to new friends and an enigmatic prince to unlock the mysterious potential of her words - because both her life and her people depend on her becoming stronger than she ever dreamed possible.

If you enjoy strong heroines, fantasy worlds, adventure, intrigue, and romance, then try the Spoken Mage series now. Available for a reduced price in this complete series set.

Specially the last book bared a lot of plot twists. And the Narrator spoke a wonderful accent. I'd reccommend.

I liked the beggining.

Then everything bocked down.
Then she got unbelieveable strong.
Then she didn't try to experiment with that strength, failing to see aloooootttt of possibilities to end the war and get a happy end.

Why?
Cause lots of plot twists still needed to be worked off.
I think the series could have been done in less then 15 hours, more likely 12. And would be better in itself.

Only reason i nearly finished the book is. I wanted to listen to the voice actress.
But it doesn't help that the story is suboptimal.

My biggest no go, was clearly her unexpected power up. And her being to dumb to see all that she could probably do with that. Just so the author could plop more hours onto it. With ALOT of "1 in a billion" chances to meet alllll these lose ends of her story. *rolls eyes*.

The end is kind of lackluster too, after like 20 hours of build up. And all those mysteries that needed to be solved before.