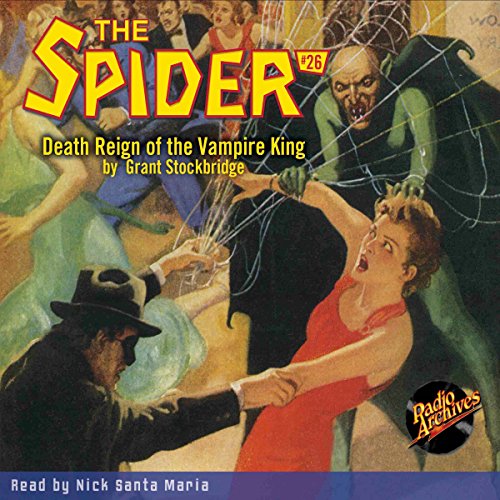 Never before had a greedy, criminal genius loosed so loathsome and deadly a weapon! The Bat Man - leading a band of savages, releasing clouds of bloodthirsty vampire bats - planned to make himself a greater conqueror than Napoleon or Genghis Khan! One man stood in his way - Richard Wentworth, who when the law fails, sallies forth as the dread Spider to spread red death in the Underworld. And the Spider - his beloved Nita forfeited, his loyal servants captive, his own life ever in horrible danger - must battle both the Bat Man and a broken heart!