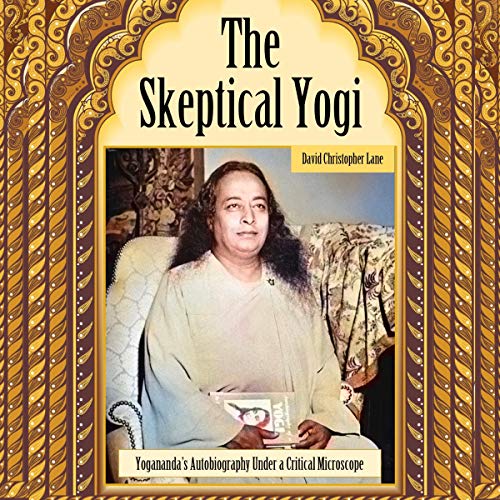 I first read Yogananda’s justly famous Autobiography of a Yogi when I was just 11 years old. In those days (circa 1967), I was a great fan of baseball, particularly the Dodgers, and when I first spotted the book at my local North Hollywood Public library, I thought it must be about Yogi Berra, the famous catcher for the New York Yankees, so I naturally picked it up for a closer reading. However, after I got home I soon realized my mistake. It was rather about an Indian mystic who had come to America in 1920 to share his views on spirituality and what he had learned from his associations with various saints and sages, particularly his own guru Sri Yukteswar of Serampore.

I devoured the book in slow chunks and loved every chapter of it since it opened up a hitherto unknown world to me. Since I was raised Roman Catholic and attended St. Charles elementary school, we were not taught about other religions. Learning about Hinduism and its various practices was like opening a window on a windy Santa Ana day in December. It was both refreshing and invigorating. Yogananda’s tome transported me to another time and place and forever changed my philosophical outlook on all things religious.

I guesstimate that I have reread Autobiography of a Yogi over 50 or so times, such was my fondness for its enchanting and beguiling stories of meeting the perfume yogi, the saint with two bodies, and the tiger tamer, and more. The book has gone through many editions since its first printing in 1946 and today is widely available worldwide and has been translated into over 50 languages.

Steve Jobs was so taken by Yogananda’s book that he made sure that everyone attending his funeral in 2011 received a copy of it in a special brown box. Job’s biographer, Walter Isaacson, recounts that the founder of Apple had the digital version of the book downloaded on his iPad and read it at least once a year.

However, as much I dearly loved reading Autobiography of a Yogi, when I got older I realized that much of what Yogananda believed was miraculous and supernatural could instead be explained rationally and empirically.

If we are to be polite (and give the benefit of the doubt), Yogananda’s narrative comes off as quite gullible and far too naive to be wholly believable. Or, if we take a more jaundiced and cynical perspective, it would appear that the author of Autobiography of a Yogi was a great embellisher who was not always forthcoming about key details that would upend his fantastic yarns.

Perhaps Yogananda can be compared to the early writers of the Gospels in the New Testament who were more concerned with providing convincing reasons for why they believed in Jesus than in offering impartial and objective histories. I realize that applying a skeptical gauze over the Autobiography of a Yogi, which is so beloved and treasured by many, may seem unnecessary or even viewed as an unwanted buzz kill. But I think we gain a huge benefit when we take off our "believe at all costs" blinders and open our eyes to alternative explanations for erstwhile paranormal phenomena.

Since Yogananda’s Autobiography is now in the public domain and freely available on the Internet for download, I thought it might be very helpful to skeptically analyze a number of the more extraordinary stories within the text.

In order to accomplish this in a fair and reasonable manner (as well as to invite counter interpretations), I thought it might be best to include Yogananda’s own words first and give them a wide berth. Thus, after hearing the pertinent excerpt and the context in which it was placed, the listener can better understand why I (and others) may find the quoted passages questionable or why there may be a more mundane explanation for what transpired.

This book takes a hard look at Yogananda's Autobiography from a critical perspective. Also included are three helpful appendices.