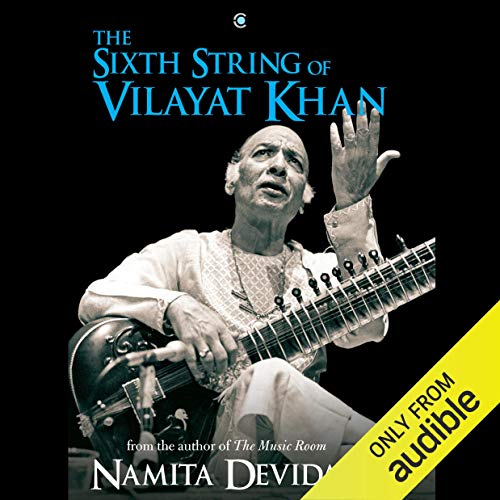 The Sixth String of Vilayat Khan

The Sixth String of Vilayat Khan

Meditative and playful, generous and ruthless, he was many things to many people. He broke hearts and he broke rules. He tinkered as furiously with his car as he did with his instrument, which he transformed technically to create the new sitar standard. And always there was the music, at the centre of his being, protected and unharmed— - music that contained the sound of ‘fairies dancing, elephants walking’. Vilayat Khan saw music. He was the man who made the sitar sing.

Namita Devidayal, author of the acclaimed best seller The Music Room, re-creates the extraordinary life of an artiste who fundamentally and forever changed Indian instrumental music. She follows his footsteps from Calcutta, through Delhi, Bombay, Shimla and Dehradun, to Princeton, USA, where he spent his last years. Filled with previously untold stories about the man and the musician, this is an intimate portrait of an uncommon genius. .

It is also an absolute feat of research -and storytelling.

"Vilayat Khan and Ravi Shankar promised each other they would never perform together after this. Kishan Maharaj later told someone, ‘If these two eyes of India play together again, one will shut for ever.'"