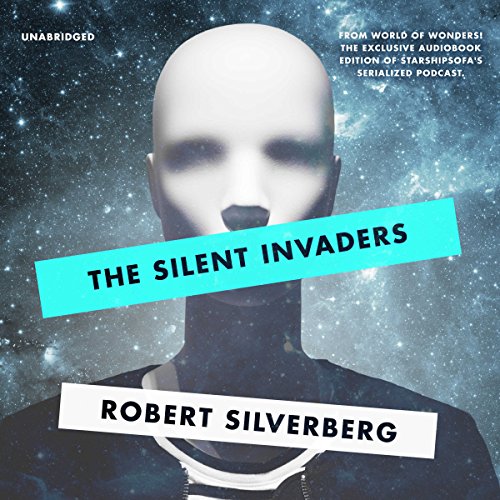 Abner Harris came to Earth on a mission of extreme urgency. A subject of the Spirit had no right to question his orders. And his orders said that the universe was in danger of enslavement by the pebble-skinned Medlins. And that the fight against their evil scheming called for him to assume the guise of a flesh-and-blood Earthman.

But once in that new synthetic body, he made a mind-bending discovery: the real villains of space were neither the Medlins nor the people of Earth, but his own kind!

Suddenly he was alone, alienated from his own race, hated by the Medlins, and an impostor on Earth. No matter which side he chooses, he'll be a traitor, but choose he must - or forever remain a man without a planet!

StarShipSofa: The Audio Science Fiction Magazine is one of the top SF podcasts in the multiverse that delves into the world of SF, and where host Tony C. Smith focuses on a particular SF author, publisher, or SF topic and digs deep to uncover all aspects of that writer or topic-simply put...it's the show that will give you a little more than a Wiki page.