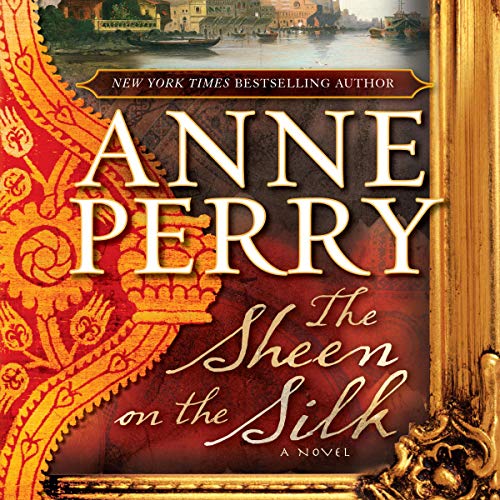 The Sheen on the Silk

The Sheen on the Silk

Arriving in the ancient Byzantine city in the year 1273, Anna Zarides has only one mission: to prove the innocence of her twin brother, Justinian, who has been exiled to the desert for conspiring to kill Bessarion, a nobleman. Disguising herself as a eunuch named Anastasius, Anna moves freely about in society, using her skills as a physician to maneuver close to the key players involved in her brother’s fate.

With her medical practice thriving, Anna crosses paths with Zoe Chrysaphes, a devious noblewoman with her own hidden agenda, and Giuliano Dandolo, a ship’s captain conflicted not only by his mixed Venetian-Byzantine heritage but by his growing feelings for Anastasius.

Trying to clear her brother’s name, Anna learns more about Justinian’s life and reputation, including his peculiar ties to Bessarion’s beautiful widow and his possible role in a plot to overthrow the emperor. This leaves Anna with more questions than answers, and time is running out. For an even greater threat lies on the horizon: Another Crusade to capture the Holy Land is brewing, and leaders in Rome and Venice have set their sights on Constantinople for what is sure to be a brutal invasion.

Anna’s discoveries draw her inextricably closer to the dangers of the emperor’s treacherous court - where it seems that no one is exactly who he or she appears to be.

Richly detailed and finely wrought, The Sheen on the Silk is a bold and brilliant work that affirms Anne Perry’s talent as a master storyteller.