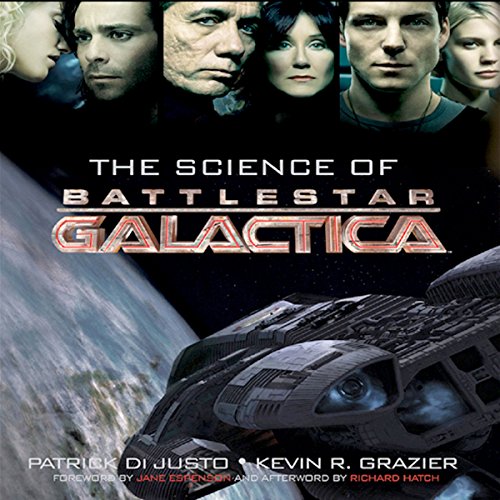 The Science of Battlestar Galactica

The Science of Battlestar Galactica

The official guide to the science behind the Battlestar Galactica universe.

Battlestar Galactica (BSG) has been called the best show on television, and as real as science fiction gets. It has dealt with issues of religious freedom, patriotism, terrorism, genetic engineering, and the ultimate science-fiction question: what does it mean to be human?

While the re-imagined BSG may not be packed with cool techie tools (the bad guys don't even have laser guns for frak's sake!), this book explains that the science in the series has a lot to say about the use of science and technology in our lives today.

What are the principles behind artificial gravity and sublight propulsion? Are Cylons men or machines? How are humanoid Cylons able to interface with computers? By tackling these and other intriguing questions, The Science of Battlestar Galactica takes us billions of miles away from Earth so that we can turn around and see ourselves from a different perspective.

The book tackles fans' most pressing BSG questions, from how an FTL drive might work to how the 12 colonies of Kobol could co-exist, to the principles behind Gaius Baltar's Cylon-detector. Featured are behind-the-scenes anecdotes and quotes from the BSG Series Bible. Included is a foreword by BSG co-executive producer, Jane Espenson, and an afterword by actor Richard Hatch, who played Tom Zarek in the reimagined series and Captain Apollo in the classic series.

Co-written by BSG's scientific advisor and a Wired contributing editor.

Packed with must-know details and scientific background, this thought-provoking book will help you see Battlestar Galactica as never before.