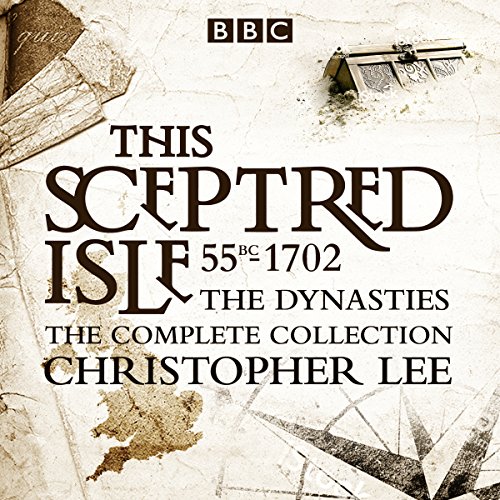 This Sceptred Isle: The Dynasties

The Sceptred Isle provided the definitive radio account of the British nation, from 55BC to the end of the 20th century. Now its attention turns towards the incredibly powerful families which have wielded power behind the scenes for the past 1,000 years. The Dynasties relates how the loyalties of this privileged elite, many of whom are older than the monarchy itself, were tested and rewarded; it also uncovers a multitude of murderous plots, bloody battles, adulteries, intrigues and shocking executions.

The first volume examines three powerful houses: The Godwines, the north-dwelling Percys and the royalist Despensers.

Volume two looks at the Mortimers, the Berkeleys and a triumvirate of warring Irish dysnasties: the Macmurroughs, the Fitzgeralds and the O'Neills.

The third volume investigates the Churchills, the Cecils and the Scottish Dalrymples.

In the fourth volume the Cavendishes appear, along with the Comptons and the Russells.

In the fifth and final volume, the families examined include the Carringtons, the Waldegraves and the Norfolks. There is also a look at the families who today continue the tradition of dynastical power at the highest levels.