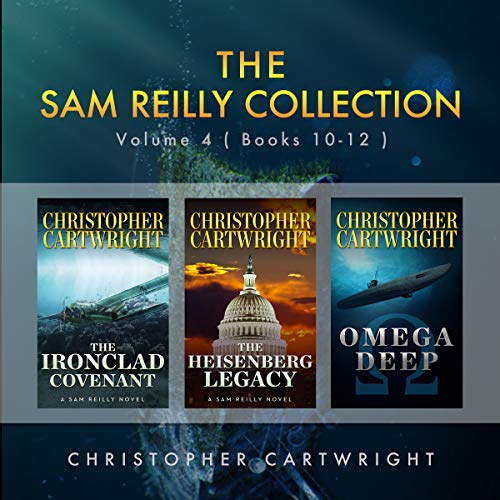 On May 18th, 1863 - the day the siege of the Confederate stronghold at Vicksburg began - a secret war chest was removed by an ironclad and taken away along the Mississippi River. It contained a Covenant capable of altering the entire course of the Civil War. Its destination was Washington, D.C.

A place it never reached.

In the present day, Minnesotan senator Arthur Perry has enlisted the help of Sam Reilly to track down his son, who went missing while following a strange lead in the centuries old search for the fabled Meskwaki Gold Spring within Lake Superior. No one could have suspected that these two events, separated by more than 150 years, were inextricably linked....

On January the 22nd, 1945, a secret weapon of unimaginable power was brought from the quiet town of Haigerloch in Germany’s southwest, and loaded onto a plane waiting at Stuttgart. Less than a dozen people knew of the weapon’s existence, and even less knew where it was being taken. The aircraft, its crew, and its remarkable cargo were never seen again.

When the wreckage of the aircraft is located in present day Washington, D.C., with no sign of its deadly cargo on board, Sam Reilly is called in to investigate. But the situation soon erupts into something much more dangerous than a simple recovery mission....

The US Navy’s most advanced nuclear attack submarine, the USS Omega Deep was the first to disappear. It was followed swiftly by the loss of the Russian spy vessel Vostok, and then the Feng Jian, a Chinese Aircraft Carrier.

Sam Reilly and his unique team of troubleshooters are requested at the express order of the president of the United States of America to locate the Omega Deep and determine the cause of these unexplained tragedies, before they lead to World War III.