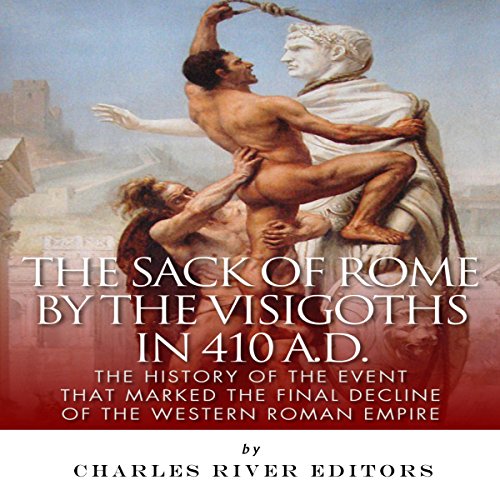 "The City which had taken the whole world was itself taken." (St. Jerome)

For the people of the ancient Mediterranean and beyond, the city of Rome had been a symbol of power for centuries, and entering the early 5th century AD, the Eternal City hadn't been taken by an enemy force since the Gauls had done it about 800 years ago, an unheard of period of tranquility in a world wracked with almost constant warfare.

Thus when the Visigoths, who the Romans considered uncultured and inferior, took the city of Rome and sacked it in 410, the world was stunned. It made theologians of the newly Christianized empire question God's plan on Earth, and it encouraged many leading Romans to look east to Constantinople for their future. Indeed, the Western Roman Empire would completely collapse in the late 5th century, less than 70 years after the Visigoths sacked Rome, and just how it went from being a superpower to a poorly led, weak, and vulnerable shadow of its former self has preoccupied historians for centuries.

To this day it remains difficult to trace just when the decline began, but it's fair to say that the sack of Rome was the result of a number of factors that had been coalescing for many years. Only Roman arrogance kept the empire from seeing the grave peril its capital was in, which helped bring about the events leading up to that fateful day, but either way the sack of Rome had world-changing ramifications.

The Sack of Rome by the Visigoths in 410 A.D. analyzes the history and legacy of the most famous sack of the Eternal City. You will learn about the Sack of Rome in AD 410 like never before, in no time at all.

Das sagen andere Hörer zu The Sack of Rome by the Visigoths in 410 A.D.