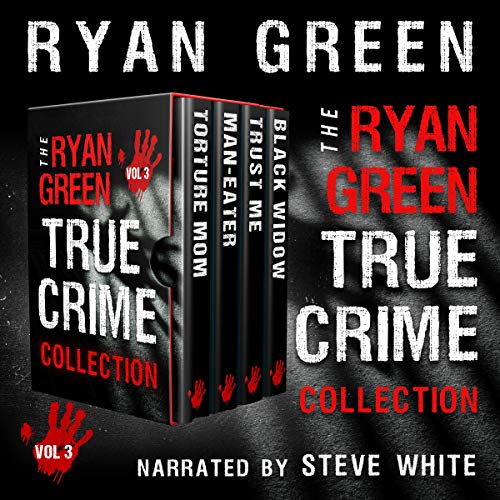 Volume three contains some of Green’s most fascinating accounts of violence, abuse, deception, and murder.

Within this collection, you'll receive:

In October 1965, the body of Sylvia Likens was found in the basement of Gertrude Baniszewski’s home. She was starved, beaten, burned, and had the words “I am a prostitute and proud of it” carved into her stomach. The case would later be described as “The single worst crime perpetuated against an individual in Indiana’s history”.

In February 2000, John Price took out a restraining order against his girlfriend, Katherine Knight. Later that day, he told his co-workers that she had stabbed him and if he were ever to go missing, it was because Knight had killed him. The next day, Price didn’t show up for work.

After suffering a lifetime of abuse at the hands of his cruel mother, Henry Lee Lucas would retaliate by plunging into a killing spree with his friend and lover, Ottis Toole, whilst under the influence of a satanic cult. The actual number of victims would never be known.

To her community, Nannie Doss was a sweet lady renowned for her cheerful disposition but behind the facade was a much darker and sinister reality. When Nannie didn’t find the love she was seeking, she had a unique way of ending the relationship.