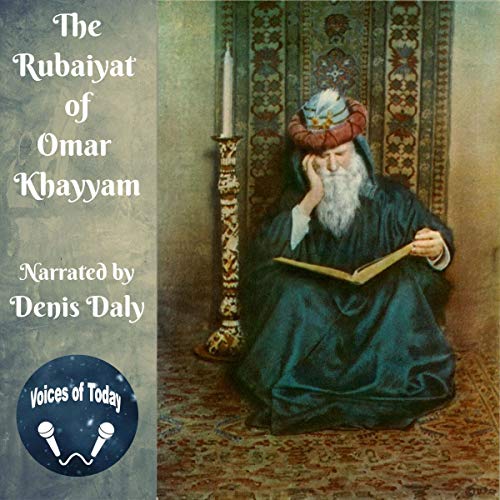 The Rubaiyat of Omar Khayyam, Annotated

The Rubaiyat of Omar Khayyam

Omar Khayyam (1048 -1131) was a true polymath. A distinguished mathematician, astronomer, and philosopher, he is best known today for his Rubaiyat, a collection of rubai, or rhyming quatrains, of which he is estimated to have composed at least 500. Together with the work of Hafiz and Rumi, Khayyam's poetry represents the high point of classical Persian literature.

Edward Fitzgerald was neither the first nor the most scholarly of the translators of the quatrains of Omar Khayyam, but due to his remarkable abilities as a poet, his versions have been accepted as classic literature in their own right.

In this recording are presented readings of all five editions as well as biographical material about Fitzgerald and Omar Khayyam and a laudatory poem by Andrew Lang, which were published as part of the fourth edition.