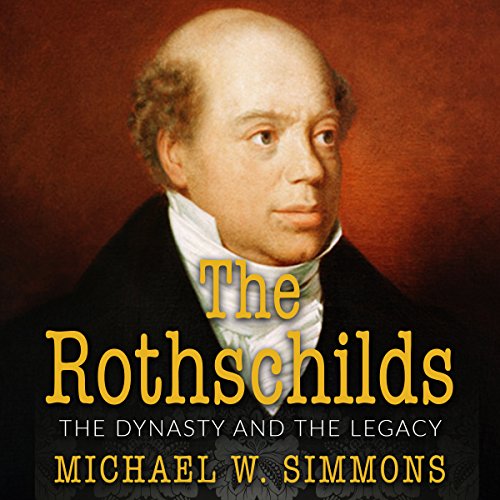 Who are the Rothschilds? Still making headlines today, their fascinating history stretches back to the Jewish ghetto in Frankfurt, Germany, where the first Rothschild ancestors lived in the House of the Red Shield. There, one man and his five brilliant sons made their fortune as court agents to a royal prince. It would take Napoleon's earth-shattering quest to conquer Europe to scatter the five brothers to the four winds, but when the dust of war settled, there was a Rothschild brother and a Rothschild bank in five cities: London, Paris, Frankfurt, Naples, and Vienna. The era of haute finance had begun, and the legend of a banking dynasty more powerful than any royal family in history was established.

In this book, you will follow the progress of the Rothschild family through the centuries. Their ranks included not only bankers and financiers but doctors, scientists, bomb experts, and collectors who amassed not only some of the finest art collections in Europe, but also one of the finest bug collections. Find out for yourself how the Rothschilds prevented wars, crowned and uncrowned kings, helped win the battle of Waterloo, looked down their noses at Nazis, and established a Jewish homeland in Palestine.