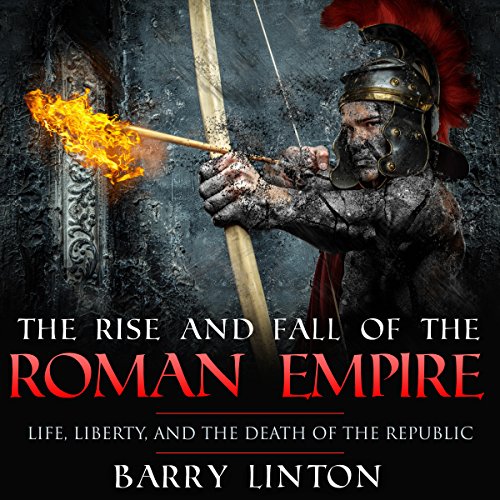 The Rise and Fall of the Roman Empire: Life, Liberty, and the Death of the Republic

Arguably the greatest empire to ever exist, Rome has indelibly left a significant mark on the modern world. The posthumous influence of the Roman republic and empire have no equal in all of history. Their varied culture, stunning art, brilliant philosophy, and towering architecture is embedded in our modern world. Roman innovation has left behind a legacy that has remained admired and emulated for over a millennia.

They built massive networks of roads before the birth of Christ. They constructed elaborate public sewer systems over 1,500 years before the United States became a Nation, and had networks of aqueducts bringing running water. Their tactics in battle are still studied by historians and military leaders of today. Their history is filled with great conflicts, compelling love stories, and the most treacherous of leaders. Hollywood has explored their culture time and again on the silver screen. Larger than life commanders like Julius Caesar would help shape their ultimate destiny.

In his book entitled The Rise and Fall of the Roman Empire: Life, Liberty, and the Death of the Republic author Barry Linton highlights and explains the significant struggles and contributions that have made Rome so well known. Join us as we explore the meteoric rise, monumental life, inevitable death, and eventual rebirth of Rome.

Das sagen andere Hörer zu The Rise and Fall of the Roman Empire: Life, Liberty, and the Death of the Republic