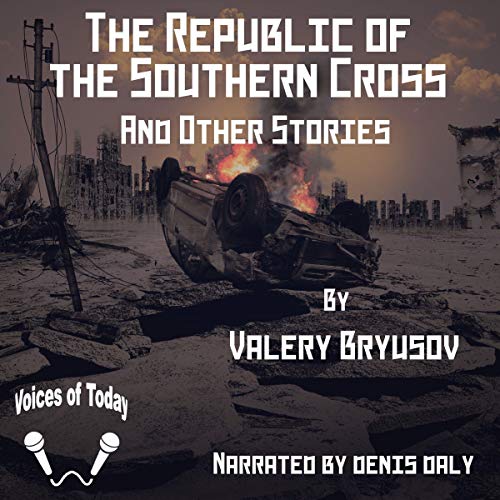 The Republic of the Southern Cross and Other Stories

The Republic of the Southern Cross and Other Stories by Valery Bryusov. Translated by Stephen Graham.

In his lifetime, Valery Bryusov (1873-1924) was best known as a translator and a Symbolist poet. His prose works include the historical novels The Altar of Victory and The Fiery Angel and this collection of short stories, which was assembled by the translator Stephen Graham.

Of his stories, the author wrote: "[T]hey are written to show, in various ways, that there is no fixed boundary line between the world of reality and that of the imagination, between the dreaming and the waking world, life and fantasy; that what we commonly call imaginary may be the greatest reality of the world, and that which all call reality the most dreadful delirium."