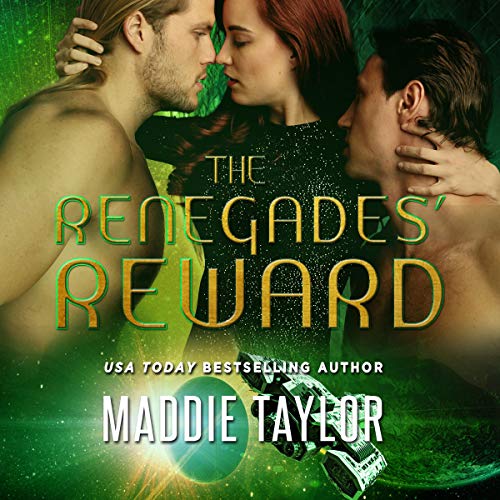 Devastated by tragedy, they left everything behind. Now, they will fight any foe, take any risk, for a price.

Hired to rescue a rich man's daughter, mercenaries Jaylin and Malik Sin-Naysir are captivated by the auburn-haired, green-eyed innocent they are duty-bound to protect. Although determined to bring her home untouched, their desire for her is intense, the connection undeniable. Could it be she has the power to heal their wounded hearts?

Daniella Alltryp lives in the lap of luxury, but under the thumb of her dictatorial father, her life is a cold, isolated existence. That ends in two weeks when she turns 25 and gains control of her trust fund. She's counting the minutes until she's free!

Her father has other plans, including an arranged marriage to an alien prince, using her to further line his pockets. Daniella will have none of it. While returning home to confront him, she is captured by space pirates and held for ransom. Except time has run out, and her tightfisted father refuses to pay. Moments from being sold at auction, rescue comes in the form of two gorgeous aliens.

Tall, powerful, and innately dominant, both men make her heart melt and her panties damp. Neither has trouble demanding what they want from her or holding her bare backside accountable for any mischief she makes. But they aren't what they seem. Secrets are revealed as their deception unravels. Can Dani forgive their betrayal and take a chance on loving them both?