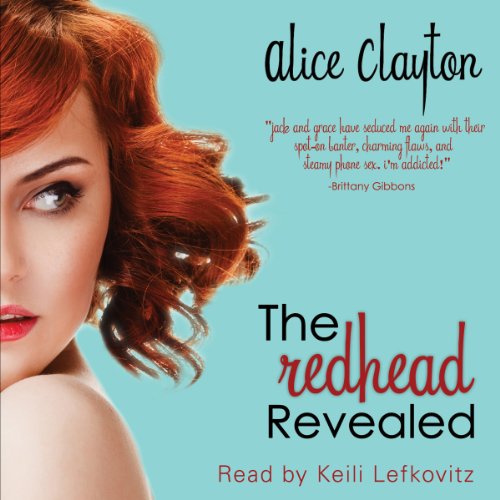 The sexy follow-up to Unidentified Redhead, this audiobook from USA Today best-selling author Alice Clayton is a magical mix of humor and heat - so cuddle up under the sheets; Grace and Jack are at it again!

As their careers catch fire, Grace and Jack - everyone’s favorite couple - find themselves on opposite coasts. Grace has landed in New York City, where she loves being onstage again, playing a fabulous character in a musical written by her old college flame, Michael. Their rekindled friendship makes exploring the city that much more fun. And it is just friendship, right?

Meanwhile, in L.A., Jack can scarcely keep up with the throngs of women who track him everywhere he goes, the endless press appearances, and the ridiculous rules his manager, Holly, keeps laying down for him - all part of the buildup to the release of Time, his steamy new film. Thank goodness for phone sex. But even when their schedules allow them to connect, Grace and Jack must keep their relationship off the radar and away from paparazzi cameras. Sure, the sex is sensational - but can they survive the swirling rumors, the demands of their chosen professions, and Grace’s internal battles?