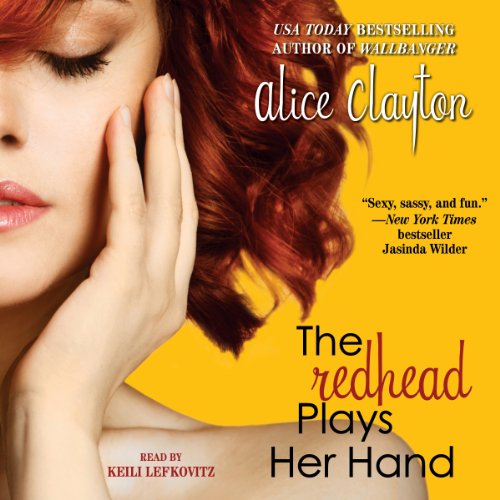 The Redhead Plays Her Hand

It's getting hot (and heavy) in Hollywood!

Grace Sheridan is flying high. With scorching passion from her gorgeous Brit superstar Jack Hamilton plus the lead role in a new television dramedy, she could just pinch herself. Then a demand from her show's directors to drop fifteen pounds brings her back down to earth with a thump. Forced to subsist on air, cucumbers, and boot camp, Grace wonders if the body that brings the newly crowned "Sexiest Man Alive" to his knees is just too booty-licious for Hollywood. Jack, meanwhile, seems overly enamored of the celebrity lifestyle. Forbidden by his publicity-conscious manager to reveal his relationship with Grace, he's hitting the industry party scene way too hard.

As Grace's bod incites fiery debate about the message of "thin is in," Jack's jealous fans are downing the hate-erade, viciously slamming her curves. Grace longs for Jack's support, but he's showing up late and disheveled to her most important moments. With tempers between them flaring, Hollywood's most talked-about redhead might have more to lose than a few stubborn pounds. She and Jack were clearly made for each other - but will the day ever come when they can walk the red carpet together, hand in hand?