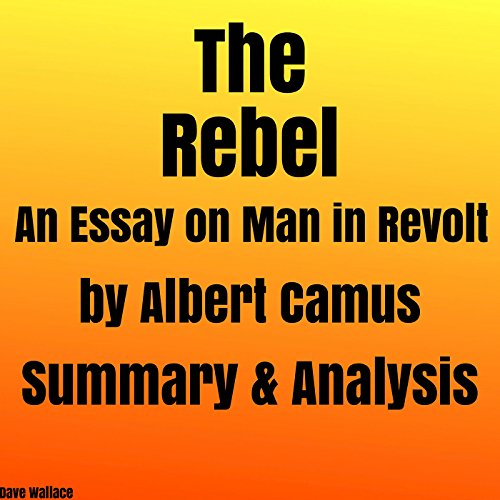 The Rebel: An Essay on Man in Revolt by Albert Camus: Summary & Analysis

Note: This is a summary and analysis of The Rebel and not the original work.

The Rebel is a 1951 book-length essay by Albert Camus, which treats both the metaphysical and the historical development of rebellion and revolution in societies, especially Western Europe. Camus relates writers and artists as diverse as Epicurus and Lucretius, Marquis de Sade, Georg Wilhelm Friedrich Hegel, Fyodor Dostoyevsky, Friedrich Nietzsche, Max Stirner, André Breton, and others in an integrated, historical portrait of man in revolt. Examining both rebellion and revolt, which may be seen as the same phenomenon in personal and social frames, Camus examines several "countercultural" figures and movements from the history of Western thought and art, noting the importance of each in the overall development of revolutionary thought and philosophy.

The work has received ongoing interest, influencing modern philosophers and authors such as Paul Berman and others.