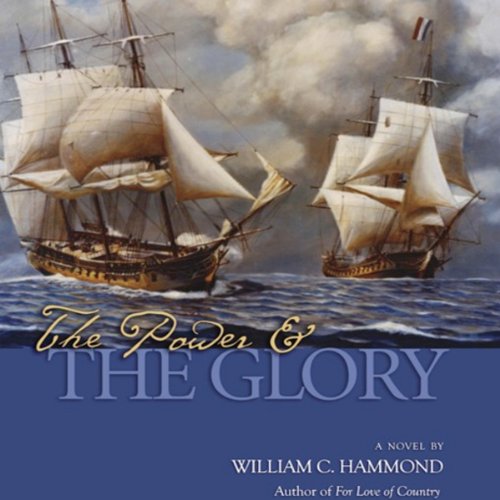 The Power & the Glory

The Power & the Glory

The Power and the Glory is the third novel in William C. Hammond’s rousing nautical fiction series. This volume is set in the late 1790s during the Quasi-War with France and offers listeners a look at the new American Navy during the Age of Fighting Sail. Following in the wake of his previous novels, A Matter of Honor and For Love of Country, it features the adventures of the seafaring Cutler family of Hingham, Massachusetts, and an ever-expanding cast of characters - some real, some fictional - that includes Lt. Richard Cutler, along with Capt. Thomas Truxtun, Capt. Silas Talbot, and other naval heroes personifying the best of American honor and courage as they confront French pirates off the coast of Nantucket and heavily armed French frigates in the Caribbean.

Hammond packs his book with electrifying sea battles and daring challenges to French colonial rule in Haiti and the West Indies. He also offers captivating glimpses into the everyday life of the era, from the bedroom of the Cutler clapboard home in Hingham, to the family’s sugarcane plantation in Barbados, to Admiral Sir Hyde Parker’s flagship in Jamaica. And at the center of all the excitement, passion, and intrigue are two of the finest frigates ever constructed: USS Constellation and her sister ship, USS Constitution. Lauded for his careful research, attention to detail, and thorough knowledge of the ways of the sea, Hammond brings history alive while telling a rollicking good tale.