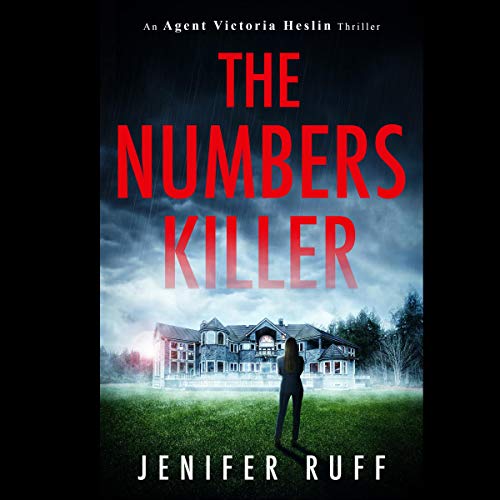 When a key witness in an organized crime trial turns up dead in his kitchen with liar and the number two scrawled on his forehead, the FBI assumes the murder was a hit to silence him. Then the calls start coming in - more victims with similar markings and no connection to the mob.

As agents Victoria Heslin and Dante Rivera struggle to catch a break in the case, they receive a series of cryptic personal messages from the killer, complicating the investigation. Something disturbing and frightening is underway, and anyone might be next, including the agents, unless they uncover the common denominator.

Best-selling author Jenifer Ruff delivers a gripping, new psychological thriller that will appeal to fans of The Woman in the Window by A.J. Finn as well as serial killer favorites like The Silence of the Lambs by Thomas Harris and Kiss the Girls by James Patterson.

Praise for The Numbers Killer:

“Jenifer Ruff’s best book yet! I was hooked from page one until the very twisty ending." (Caryn Sutorus, author)

“Shocking, chilling, and fascinating - Jenifer Ruff’s latest book takes us into the twisted mind of a young murderess as she goes on a cold-blooded killing spree.” (Karen D. Scioscia, author and journalist)

“Cancel your plans because you can’t put this book down. A nail-biting, thrill ride from beginning to end.” (Susan Mills Wilson, Author)

”I love this book. The bad guys are really bad, but also interesting and sympathetic; the good guys are pure of heart and determined, but all too human. It’s nonstop, in-your-face storytelling the way only Jenifer Ruff can.” (Dan Alatorre, author of The Navigators and Double Blind)

The Numbers Killer is the first book in the Agent Victoria Heslin series and can be listened to as a stand-alone. Buy the audiobook now!