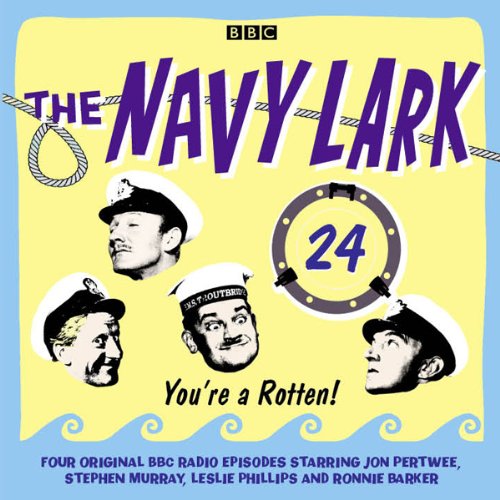 Mr Murray is Victimised (Doing a Mischief) - 25 July 1965: Captain Povey realises that the person who keeps saving the hopeless crew of HMS Troutbridge from being dismissed is the wily Lt Murray. So, if he can turn CPO Pertwee and Sub-Lt Phillips against Murray, then he will have them.

The Float-a-Peddle Fiddle (Float-a-Peddling Their Way Through) - 11 September 1966: Troutbridge is about to set sail for its summer commission, and Pertwee has heard that they are heading for the warm Mediterranean. Will his latest get-rich-quick scheme still work when he discovers they are bound for the Arctic instead?

A Filthy Ferryboat (Cleaning Up) - 16 July 1967: Povey instructs Murray, Phillips and Pertwee to take Troutbridge out to sea to clean it up so it’s ready for inspection. However, on the way back they somehow manage to collide with the Isle of Wight ferry.

Sub-conductor Phillips (Accredited) - 17 November 1968: Captain Povey had ordered Sub-Lt Phillips to get a new uniform because his current one is falling apart. But unfortunately Leslie’s piggy bank is empty…