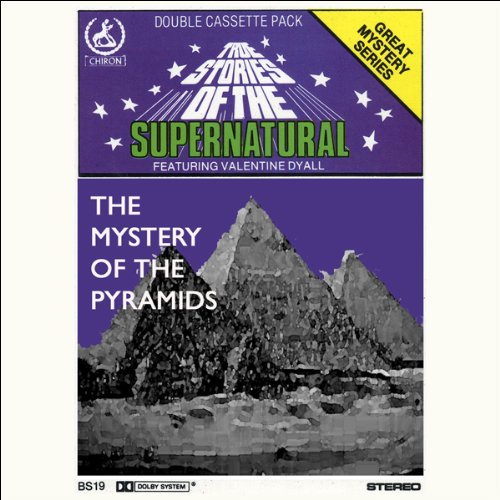 The Mystery of the Pyramids (Dramatised)

This captivating and intriguing dramatization of David McIlwaine's The Mystery of the Pyramids, performed by Valentine Dyall, Blain Fairman, Carole Ann Ford, John Graham, and Jacqueline Stanbury, presents listeners first with a strict summary of facts about the famed Great Pyramid of Cheops, located in Giza, Egypt, and then launches into a fantastic web of speculation about the pyramid's origins and purpose, be they mundane or even supernatural.

A strong ensemble cast carries this production, with each voice actor embodying different aspects of the discourse, bringing research and writings to life, and creating a melting pot of conjecture and contemplation about one of the great wonders of our world.

Ten miles west of Cairo is the plateau of Giza. There, starkly dominating the skyline, stands the largest stone construction on the planet. Its structure shows a highly developed understanding of mathematics, astronomy, precision engineering, navigational theory, and geography.

According to sci-fi author David McIlwaine, carbon 14 dating, the most reliable (though not infallible) scientific method of establishing age, places the construction at around 70,000 years BC, at least 60,000 years before man's discovery of these sciences.

The Pyramid of Cheops is an almost total enigma. It is not a tomb, it does not appear to be a monument, yet it was built to endure the ravages of time. All conventional attempts to find a reason for the existence of the Great Pyramid - other than the simplistic one of a personal monument to Cheops - have failed conspicuously.

A number of bizarre and fantastic alternative theories have been proposed and investigated. Some of the conclusions reached seem to bear more relation to science fiction than to science fact. They talk of strange and inexplicable forces, observed events that defy the laws of physics and molecular biology, and unknown energy fields that have an extraordinary effect on the human mind. Is this the stuff of what Egyptologists call "pyramidiocy"? Or is it something more?