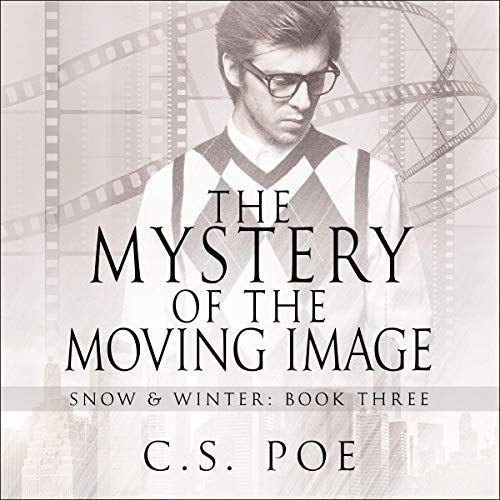 The Mystery of the Moving Image

It’s summer in New York City, and antique shop owner Sebastian Snow is taking the next big step in his relationship with homicide detective, Calvin Winter: They’re moving in together. What should have been a wonderful week of playing house and celebrating Calvin’s birthday comes to an abrupt end when a mysterious package arrives at the Emporium. Inside is a Thomas Edison Kinetoscope, a movie viewer from the 19th century, invented by the grandfather of modern cinema, W. K. L. Dickson. And along with it, footage of a murder that took place over a hundred years ago.

Sebastian resists the urge to start sleuthing, even if the culprit is long dead and there’s no apparent danger. But break-ins at the Emporium, a robbery, and dead bodies aren’t as easy to ignore, and Sebastian soon realizes that the century-old murder will lead him to a modern-day killer.

Even with Sebastian’s vast knowledge of Victorian America and his unrelenting perseverance in the face of danger, this may be the one mystery he won’t survive.

speaker sounds so different than the last two books, I liked the deeper voice, sounded better for Calvin. But here the emotions are acted out better.

Story is okay to fine, BUT i wish Sebastian wouldn't always have to point out how unattracted he is to women and every woman in the Snow Winter books is somehow dumb or lazy or tacky. I get it, he is gay but he can be gay and women still awesome.

Sebastian was very aggressive in this one, doesn't quite match how he came across previously.