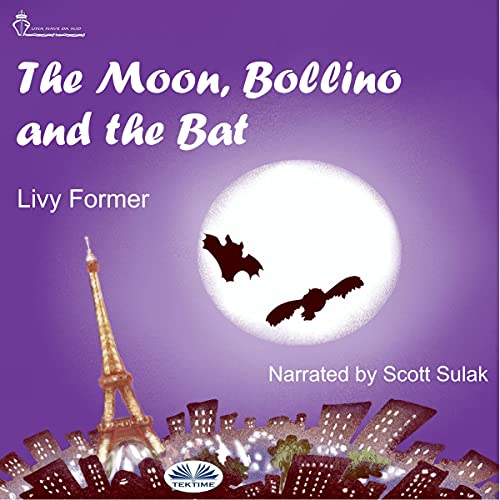 The Moon, Bollino and the Bat

On the rooftops of Paris, on a moonlit night, Bollino, a wise, conformist owl, and Daky, a lazy, eccentric bat, embark on a dangerous adventure to help a small girl.

Daki, a lazy and eccentric bat, abandoned by his fellow bats, and Bollino, a wise, conformist owl, left with no friends after taking Daki’s side, live in Paris on a beam of the Eiffel Tower they have chosen as their home.

Bollino found this safe spot for both of them. On a night with a clear and silvery moon, Daki tries to convince his friend to search the rooftops of an infamous area of the city, but Bollino, who is afraid to meet bad characters, is not easily convinced.

In the end, however, in the name of friendship, he agrees to follow Daki to a very poor area, with houses with cracked walls and crumbling chimneys, where the bat, some time before, had flown into the attic, intrigued by a little girl.

They both fly there to spy on her, watching her in her sleep. When they decide to fly back home, they realize the building where the child lives is on fire. At that hour, people are asleep and don’t see the building going up in flames.

How can they save the little girl? One of the two throws himself in danger risking his own life, while the other waits for him in vain. But...