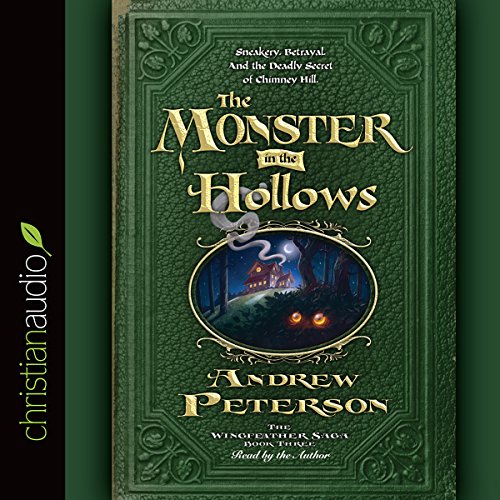 The Monster in the Hollows

The Monster in the Hollows

Janner Wingfeather's father was the High King of Anniera. But his father is gone. The kingdom has fallen. The royal family is on the run, and the Fang armies of Gnag the Nameless are close behind.

Janner and his family hope to find refuge in the last safe place in the world: the Green Hollows - a land of warriors feared even by Fangs of Dang. But there's a big problem. Janner's little brother - heir to the throne of Anniera - has grown a tail. And gray fur. Not to mention two pointed ears and long, dangerous fangs. To the suspicious folk of the Green Hollows, he looks like a monster. But Janner knows better. His brother isn't as scary as he looks. He's perfectly harmless. Or is he?

Join the Wingfeathers on an adventure filled with mystery, betrayal, and sneakery in a land of tasty fruits. There's a monster on the loose, and the truth lurks in the shadows.