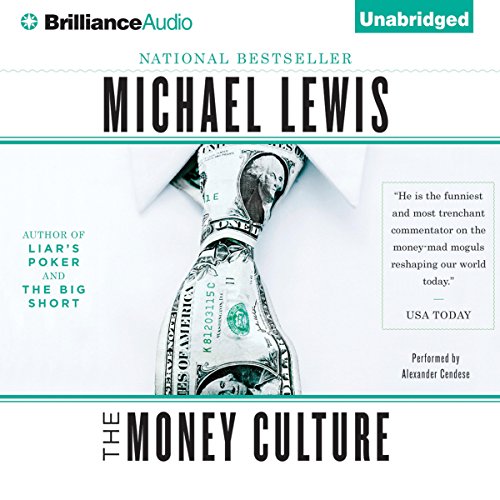 The 1980s was the most outrageous and turbulent era in the financial market since the crash of ’29, not only on Wall Street but around the world. Michael Lewis, as a trainee at Salomon Brothers in New York and as an investment banker and later financial journalist, was uniquely positioned to chronicle the ambition and folly that fueled the decade.

In these trenchant, often hilarious true tales, we meet the colorful movers and shakers (or did they call themselves Big Swinging Dicks?) who commanded the headlines and rewrote the rules. Whether he is analyzing the unsavory details of the RJR Nabisco takeover or flaying American Express, Michael Lewis brings to task a wicked pen and a triumphant sense of humor.

"One of our most entertaining writers.... The Money Culture rivals Liar’s Poker in giggle-inspiring quality.” ( BusinessWeek)
"One of those rare works that encapsulate and define an era.” ( Fortune)