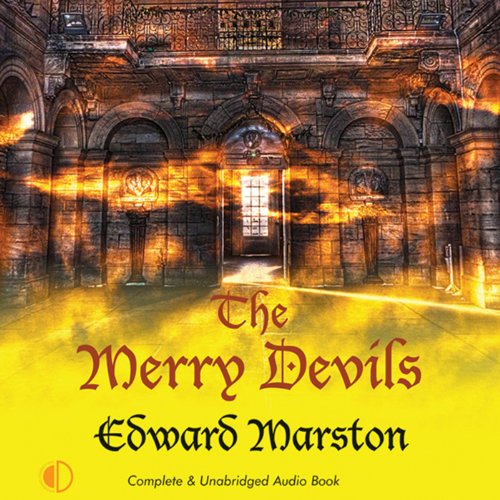 The premiere of the play "The Merry Devils", written by two of the company’s actors, gives the players, as well as the audience, quite a shock. Instead of the allotted two devils appearing during a crucial scene, three enter, one looking disturbingly real. Then, in defiance, manager Lawrence Firethorne agrees to stage the play again. This time, when the devils are summoned, only one appears. The second lies dead in his costume beneath the stage. Nicholas Bracewell, mainstay of the troupe, is left to investigate the mysterious circumstances of his colleague’s death.

Is it murder, or some strange, unnatural act? Only the bizarre, spectacular climax at the country seat of their patron, Lord Westfield, will tell.