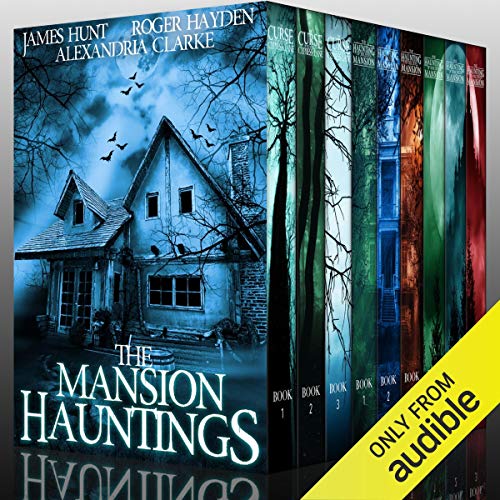 The Curse of the House on Cypress Lane

There sits a large house on Cypress Lane in the small town of Ocoee, Louisiana, and its history is intertwined with the town itself. A feud was born within its walls, and it is there where it will die. The Cooley family finds themselves in the middle of a fight that started long before they arrived. Will they make it out alive, or will they become another casualty in the fight between the living and the dead?

The Haunting of Bechdel Mansion: A Haunted House Mystery

One couple must unearth the secrets of a small-town murder - before it's too late.

A young couple from the city move to a small town, looking for a fresh start. They soon find their dream house in an old Victorian mansion and everything seems perfect, that is, until they experience strange supernatural occurrences linked to an unsolved mass murder from 40 years ago. Unearthing the secrets buried within the mansion won't be easy. Can they solve the mystery in time, or will they face the same doomed fate as the tenants who came before them?

The Haunting of Winchester Mansion

In the small town of Black Bay, a vacant, forgotten house sits atop an overlooking bluff. When Bailey and Bodhi Taylor move in and begin renovations, the house seems perfect. But things move on their own, screams echo from the basement, and Bailey sees a shadowy figure out of the corner of her eye. Is the house haunted? And if it is, what does the ghost want with Bailey?