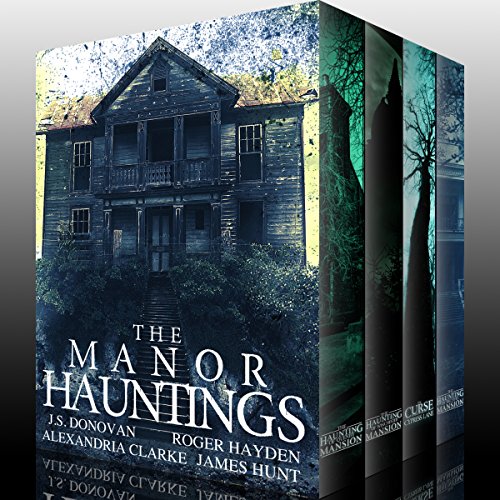 The Manor Hauntings: A Collection of Riveting Haunted House Mysteries

The perfect daughter is dead...and a small town holds a shocking secret that needs to be unearthed....

A missing father, decade old murders, and an Antebellum-era mansion invaded by the spirits of the dead, private investigator/unexpected plantation inheritor Evelyn Carr has her hands full. Assisted by her husband, Evelyn chases answers. With each mystery solved, another arises...along with new adversaries. The truth hides within her family's dark past, but some secrets, once unearthed, cannot be reburied.

The Haunting of Winchester Mansion

In the small town of Black Bay, a vacant, forgotten house sits atop an overlooking bluff. When Bailey and Bodhi Taylor move in and begin renovations, the house seems perfect. But things move on their own, screams echo from the basement, and Bailey sees a shadowy figure out of the corner of her eye. Is the house haunted? And if it is, what does the ghost want with Bailey?

The Curse of the House on Cypress Lane

There sits a large house on Cypress Lane in the small town of Ocoee, Louisiana, and its history is intertwined with the town itself. A feud was born within its walls, and it is there where it will die. The Cooley family finds themselves in the middle of a fight that started long before they arrived. Will they make it out alive, or will they become another casualty in the fight between the living and the dead?