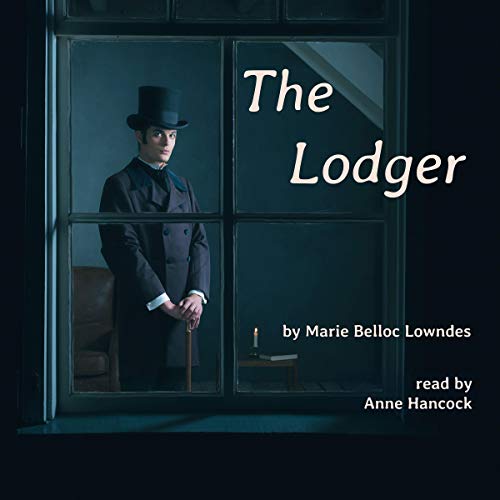 According to legend, in 1910, Marie Belloc Lowndes attended a London dinner party where a guest told her that his mother’s butler and cook claimed they had once rented rooms to Jack the Ripper, the notorious mass murderer. The idea for The Lodger was born.

Mr. and Mrs. Bunting have sunk their savings into their house with plans to let rooms. But no lodgers have materialized, and they are on the verge of penury when one foggy night, a knock on the door brings Mr. Sleuth, an unassuming gentleman whose needs are perfectly suited to the suite of rooms the Buntings have to let. They can’t believe their good fortune.

Gradually, relief turns into suspicion, then dread, as Mrs. Bunting notices their savior’s strange habits are not mere eccentricities. When his late-night forays seem to coincide with the lurid headlines her husband reads to her about the grisly murders all over London, she slowly realizes she may be harboring a monster, and if he’s discovered, it will mean ruin for the Buntings.

This is the original 1911 short story. Lowndes expanded it to a novel two years later, and the tale has spawned a radio play, five films, and an opera. Jack the Ripper’s identity was never discovered, but The Lodger offers a tantalizing possibility that has entertained and intrigued audiences for more than a century.