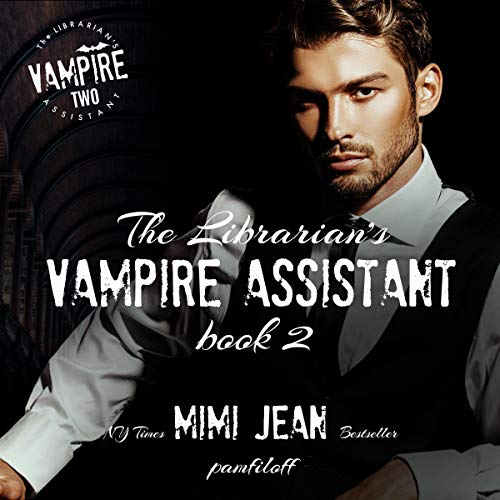 How much longer can he keep his secret and his favorite human safe?

Michael Vanderhorst has always been a lone wolf. Or lone vampire? Whatever. Point is, this ancient gentleman vampire is obsessed. She’s quirky, a horrible dresser, and the cutest librarian he’s ever seen. The question is, why her? In 400 years, no one has ever captured his attention like this. He must find out, which is why he just signed on as her new assistant.

The problem is, she has no idea vampires exist or that she’s just broken one of their laws. As the leader of his territory, Michael has been ordered by his council to turn her or kill her. “Over my dead body!”

To overturn the ruling, Michael needs the council on his side, and right now, they’re asking him to hunt down and execute 500 vampires no one can seem to locate. Unfortunately, his assassin days are long over, and he’s not so sure he can go back to killing.

But with Miriam’s life on the line and their unusual bond growing stronger each day, will he dust off the old sword or give her the bite that will make her his forever?